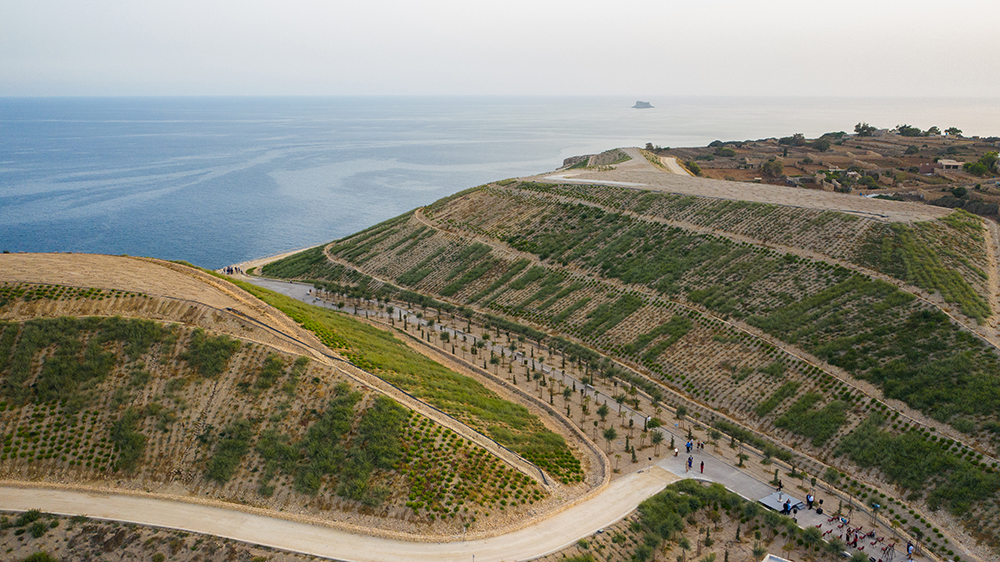 As our final contribution for ‘Waste Week’, WasteServ speak about the rehabilitation of a former landfill which was completed earlier this year, that of ‘Wied Fulija’. This is a prime example of how a landfill can be successfully rehabilitated into a safe open and green space, in sync with its natural surroundings. The aim of the rehabilitation project was to return this land, which had been used as a landfill from 1979 up to 1996, back to nature itself. To do this, 43,000 trees and shrubs were planted. Have a look at WasteServ’s article below to find out more about the project!

If you visit ‘Wied Fulija’ in Żurrieq, you will find a paved pathway lined up with trees snuggled between two slopes on each side, both planted with shrubs. The path eventually emerges to reveal sweeping views of the sea up to the islet of Filfla, and benches are also available for persons to sit and enjoy the view.

However, this has not always been the case. Just two years ago, you would have been met with unregulated land where waste of all sorts was piled with no rhyme or reason, as well as an area dominated by toxic fumes and pests. If you visit the site today, you could never guess that this expansive piece of land was once used as a landfill. 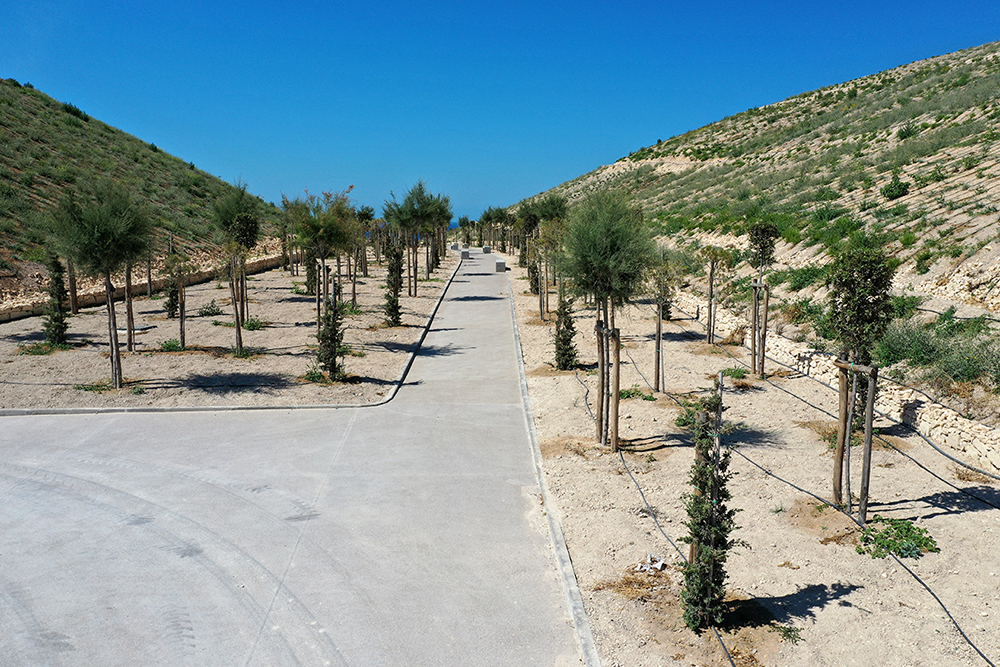 Indeed, this is a prime example of how a landfill can be successfully rehabilitated into a safe open and green space, in sync with its natural surroundings. Works on the rehabilitation of this former landfill comprising of around 10 hectares were completed earlier this year in a project that was managed and overseen by WasteServ.

The aim of the rehabilitation project was to return this land, which had been used as a landfill from 1979 up to 1996, back to nature itself. To do this, 43,000 trees and shrubs were planted. After reshaping onsite material to form the final profile, the two slopes were covered with a subsoil and topsoil, including geocell material. This allowed for the landscaping of the two slopes with shrubs. The capping system also includes a water management system that directs rainwater falling along the slopes to an underground reservoir that was constructed as part of this project. The water collected will be used for the drip irrigation system that will water the trees and shrubs.

“Throughout the Wied Fulija project, special attention was given to enhance the local biodiversity by choosing plant species adapted to these surroundings.”

Designated as a Special Area of Conservation and a Special Protection Area, throughout this project, special attention was given to enhance the local biodiversity by choosing plant species adapted to these surroundings. Also forming part of a ‘Natura 2000’ site, WasteServ partnered with BirdLife Malta to provide an important pit stop for Scopoli’s Shearwater (Calonectris Diomedea) birds looking to refuel before continuing their travels. For this reason, several nesting boxes were placed strategically along the cliffs to serve both as a shelter, and also as a breeding ground for these migratory birds. In another partnership with the Malta Beekeepers Association, this area also hosts Malta’s indigenous honey bee, ‘Apis mellifera ruttneri’, as several beehives were placed on top of the slopes. This would hopefully attract more wildlife to the area in the coming years, as nature takes over.

This transformation came about through a €4.5 million investment, co-funded by the European Union.  ‘Wied Fulija’ now serves as an attraction and is no longer a hindrance for the residents of Żurrieq and neighbouring villages. This project has brought countless benefits in the form of reduced odours, reduced risk of combustion, reduced emissions of toxic gases and reduced rodents within the area.  More importantly, this project has given this once abandoned place a new life, one which is unrecognisable when compared to its previous one.

Since its creation in November 2002, WasteServ has been responsible for organising, managing and operating integrated systems for waste management. Being at the forefront of a transformative change towards a circular economy approach is core to our strategy. This means continually developing and improving our waste management infrastructure to maximise resource value while protecting the environment and society. Currently, WasteServ operates several facilities that process and treat different waste streams. Through these facilities, WasteServ provides the required infrastructure for both households and businesses to dispose of their waste in a safe and sustainable way. Furthermore, WasteServ operates six Civic Amenity Sites in different localities around Malta and Gozo which offer recycling and waste disposal services to residents.