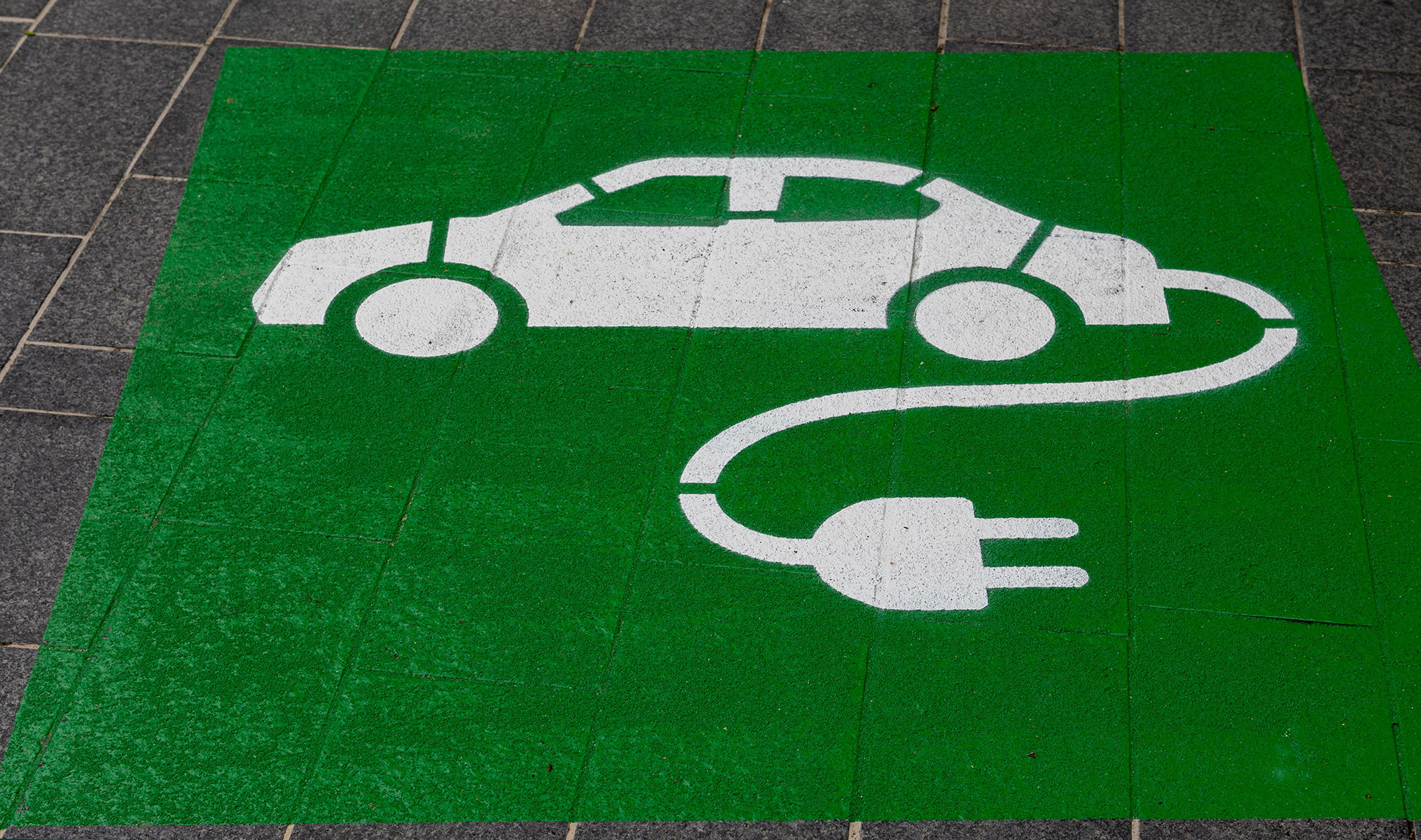 Automobility: Diesel is dead! Long live the e-car? (Part 3 of 3)

The fallacy of saying that ‘hydrogen is dangerous’

In his third and final part of this series, Mr. Reinhold M. Karner discusses how hydrogen-based technologies can be the ideal solution in this regard, namely when hydrogen is used for internal combustion engines. Reinhold also says a few words on autonomous vehicles and closes off this series with some of his suggestions for the local scenario. Take a look at Part 3 of Reinhold’s contribution below, and click here for Part 1, and here for Part 2!

It is essential to keep in mind that hydrogen is the most abundant element in the universe. The problem with hydrogen is that an electric vehicle with a hydrogen fuel cell consumes about twice as much output power as a battery-based electric car. Fuel cells are different from batteries in that they require a continuous fuel and oxygen source (usually from the ambient air) to sustain the chemical reaction involved in the production of electricity.

As long as the energy for liquid or gaseous hydrogen fuel production (electrolysis) is not predominantly, or only generated from renewable sources such as wind, hydropower or solar power, the life cycle assessment for this technology is not consistent. Such renewable energy sources would be almost inexhaustible. The range of hydrogen fuel cell cars is similar to gasoline and diesel degrees, and refuelling is also fast. However, because hydrogen fuel is still mainly produced by a process of steam reforming of natural gas, causing a loss of approximately 70 % of energy to the wheel, this solution is still not attractive enough. If renewable energy sources were unlimited in themselves and could be used on a continuous basis, with power still being available at night, this would certainly be a breakthrough solution.

By the way: the spectrum of horrendous costs for the establishment of an infrastructure for a hydrogen filling station network is completely negligible given the huge irretrievable costs of the burning of fossil fuels.

Another ideology about hydrogen which is also unfounded is that ‘the tanks are not a problem’. In reality, hydrogen pressure tanks are now denser than those of gasoline cars. In worst case scenarios, the tank would not explode, but it would be followed by a ‘deflagration’, meaning a rapid burn.

But batteries do not come without danger – think of all the media articles which you’ve read about phone batteries which exploded, or fires which destroyed entire parking garages which were triggered by e-bikes at charging stations. In fact, certain models of smartphones were eventually banned on flights. Added to this is the fact that batteries in e-cars are high-voltage batteries with a correspondingly higher risk of short circuiting, due to the high amount of energy concentrated in a small space. Unfortunately, stories of sudden fires being caused whilst driving an e-car are not unheard of.

In general, it is true that you should always be extra careful when dealing with situations of a high concentration and high volume of energy, irrespective of the fuel. In a worst case scenario, everything would explode.

Lastly, it is also important to consider the radiation effects of driving an e-car due to the high-voltage battery operation, which would probably lead to certain adverse health conditions in the long run.

An attractive interim solution could be what Dr-Ing. Ulrich Bez, one of the most outstanding global car industry managers, demonstrated at the Nurburgring, a motorsports complex in Germany. Dr Bez was the CEO and Chairman of the British luxury sports car manufacturer ‘Aston Martin’ for a period of 14 years (2000-2014), and before that, Dr. Bez was a C-level top manager at Porsche, BMW and Daewoo. In 2013, in the world-famous Nurburgring 24-hour race, Dr Ulrich Bez drove an almost standard Aston Martin model called ‘Rapide’, which was the world’s first hydrogen-powered race car. This concept of a hydrogen internal combustion engine (HICE) is a transitory technology allowing zero emissions (ZEV) capability with existing technology and driving the development of a hydrogen distribution network. This vehicle allowed for the possibility of switching to gasoline, or even having gasoline and hydrogen working in tandem.

This technological solution would be ideal in the case of cities where such hydrogen gas service station networks are faster, easier and cheaper to set up – and as a result of this, emissions would be greatly reduced and gasoline could still be used for longer trips.

As a welcomed side-effect, the automotive supply industry, one of the key industries in the EU, would not be in such a dire situation. This is due to the fact that cars with internal combustion engines consist of around 2,500 parts, whilst e-cars consist of well below 1,000 parts. At the same time, such model would soon give us more experience when it comes to hydrogen use and the associated infrastructure. This will lead to the development of such propulsion technologies as a whole and would contribute to achieving a more sustainable future.

Let’s also talk about the hype around autonomous driving. First, one needs to understand that there are different levels of autonomous vehicles:

In terms of the above, it can be said that we will not reach a ‘Level 5’ autonomous driving level in the coming decades. How is a driver, who remains in charge, supposed to do the right thing in a critical situation? Even professional racing drivers practise for hours every day to cover 5 km of a racecourse flawlessly.

But an autonomous, driverless means of urban transport would surely be very desirable. Then, inner cities could be primarily closed to individual vehicles, and extra space can be returned to the people.

Anyway, in the future, we will see a mix of different drive technologies (maybe a 25/25/25/25 share) on our roads, probably consisting of four similar types. The BP Energy Outlook predicts the deployment of more than 300 million electric cars in 2040, which corresponds to around 15 % across the globe. Which of these propulsion technologies will ultimately prevail in the long run, is still written in the stars.

In the meantime, China is already much further ahead. China’s ‘father of electric cars’, Wan Gang, who turned China into an electric vehicle powerhouse, recently announced, in a Bloomberg interview in June 2019 (“Hydrogen is the future”), that he wants to do the same for fuel cell-powered vehicles.

One only can hope that the European carmakers, who jumped on the e-car bandwagon far too late, will have the courage to strategically react in a faster manner to the next curve that hydrogen will bring.

Hydrogen technology in the internal combustion engine, starting with commercial vehicles and moving onto passenger cars, is a critical technology that also works in Africa, Asia, India, and China. With the right tank technology, hydrogen can also be produced locally worldwide in the necessary quantities without CO2 and with the help of photovoltaics and electrolysis.

Of course, electric vehicles are, and will remain a competing technology. But not in the long term, not in Ghana or Brazil, not as a 2.5-tonne sports car, and not in trucks. Berlin’s public transport authority has purchased electric buses, which have to be replaced by diesel buses at noon. What message will this send if a Formula E requires two vehicles to compete in a race?

When we think about Malta, although it is the most densely populated country in the EU and in fact, one of the most densely populated countries globally, in terms of mobility and driving, it seems to resemble a small or medium European city. And that’s an enormous opportunity! In Malta, traffic is frequently a nightmare and public transport hardly earns an award. Thus, there is no reason to stick to the mantra “if it works, don’t fix it”, but instead one must think that “if there has to be a change, it should be better than yesterday, not different”.

Moreover, Malta could kill two birds with one stone and take advantage of the new, emerging, and quite likely sustainable trends for personal transport. Therefore, the bosses of leading carmakers have discussed that they will be facing significant disruption to the industry, as the car will become more and more of a software product, both in terms of its attractiveness, and also in terms of autonomous driving. At the World Economic Forum 2019 in Davos, it was discussed that people have already started to shift from the ownership of a car to the future business model of “mobility on demand”, where you get a car when you need one.

It would be ideal and doable for Malta to jump to the second curve, that is hydrogen technology, and become a lighthouse for clean green mobility. And simultaneously, Malta could help to set up the service infrastructure for “mobility on demand”. One only needs the vision, courage and leadership, and some support from strategic partners in these fields! Imagine how the showcasing of such innovative solutions would boost for the country, its business, and its people!

To quote an Irish author and philosopher specialising in organisational behaviour and management, and rated among the ‘Thinkers 50’, Charles Handy, in his book entitled ‘The Second Curve’ says that:

“The message of the Second Curve is that to move forward in many areas of life it is sometimes necessary to change radically, to start a new course that will be different from the existing one, often requiring a whole new way of looking at familiar problems, what Thomas Kuhn called a paradigm shift. The real problem is that the change has to be initiated while the first curve is still going. That means that those who have been in charge of that first curve have to begin to think very differently about the future, or, more often, let others lead the way up the new curve.”

Incidentally, I would like to thank my esteemed friend Dr-Ing. Ulrich Bez, one of the most outstanding and experienced top executives in the international car industry, who contributed to this article and taught me so much about this topic. I also extend my thanks to my Austrian friend, Prof. Dr-Ing. Manfred Weissenbacher from the Institute for Sustainable Energy at the University of Malta and in Graz, Austria, for his support regarding the fact-checking of this article and for his expertise in sustainable energy solutions, particularly batteries. 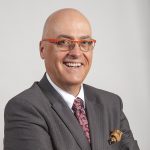