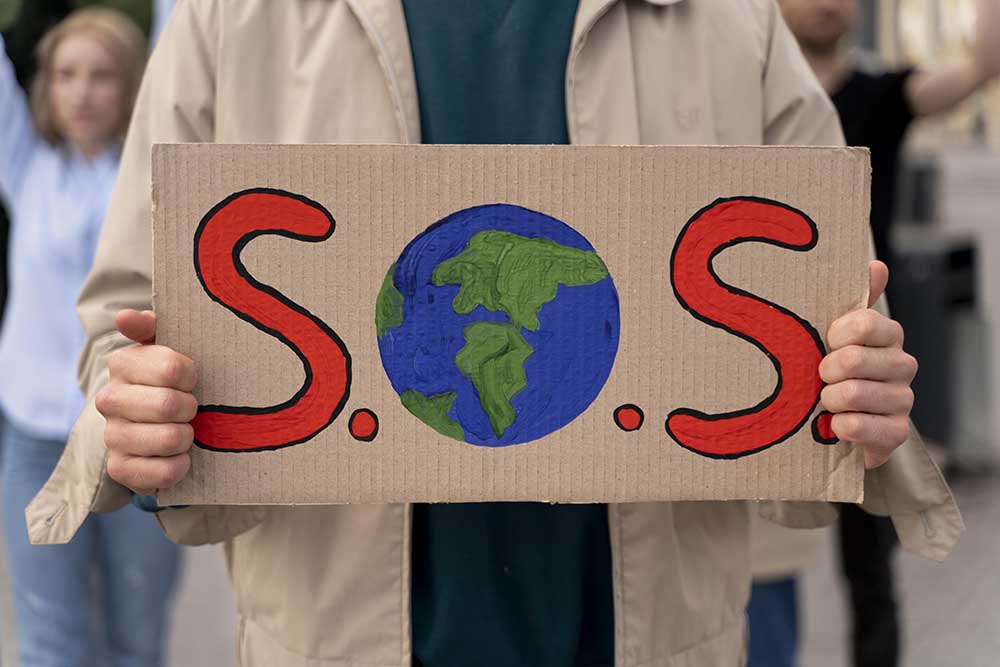 As our next contributor, we are honoured to introduce Kunsill Nazzjonali taż-Żgħażagħ (KNŻ) to the Green Deal Malta platform! In their article, KNŻ discuss the issue of climate change in Malta, and the role which youth can play in leading the green transition. They also explain how, as a Council, they have been contributing towards climate action, such as by helping to organise climate marches, participating in debates, submitting feedback on the “Malta Low Carbon Development Strategy”, and playing a key role in lobbying for the declaration of a climate emergency bill, which was passed with unanimous support from all sides of the houses of parliament. Have a look at KNŻ’s article to find out more!

The Malta National Youth Council (KNŻ) fully believes that youths are not just the leaders of tomorrow, but also of today.

Climate change is a perilous threat to our society, with climate having already warmed by 1℃, and the impacts are both wide and far reaching. The seas will rise, the frequency and intensity of extreme weather events will increase, precipitation patterns will change, and biodiversity and habitats will adapt or become extinct. This growing issue has increased levels of uncertainty about our future, and as the impacts intensify over time, it is the youths of today who will face the worst consequences.

Malta is not immune to this process.

Fully aware of the impacts climate change will have on future generations, and exasperated by the past climate policy of overpromise and underdeliver, youths around the world rallied to the call of a 16-year-old Swedish teen – Greta Thunberg. A global youth led protest movement, Fridays for Future, was born.

Youths in Malta too have rallied in calling for more climate action, more ambitious emission reduction targets and greater prioritization of measures that can help our society adapt to the changing climate. This effort has been spearheaded by civil society, of which KNŻ has proudly contributed. KNŻ has helped to organise climate marches, participated in numerous debates on the issue, submitted feedback on the “Malta Low Carbon Development Strategy,” and played a key role in lobbying for the declaration of a climate emergency bill, which was passed with unanimous support from all sides of the houses of parliament. The bill helped raise climate change up the political agenda, and though it did not lead to overnight reductions in emissions, it has increased awareness.

To maintain momentum post the declaration of a climate emergency, KNŻ then embarked on a long process of consultation with different youth groups. An environmental task force was created, and the fruit of months of work is a detailed set of recommendations and proposals which will guide environmental advocacy efforts of the council for years to come.

From the youth perspective, the challenge is clear.

Mitigating climate change and achieving a transition to a climate-neutral society is a significant feat which will require unprecedented investments, research, and innovation.

Malta must fully decarbonize, in a manner that is socially just, whilst simultaneously adapting to a climate that will trend drier and hotter. This is possible, but will need heavy investment in research and innovation, as well as a shift in mentality – in what we choose to produce and consume, how we work, how we commute and life in general. In brief, a different world.

KNŻ is ready to contribute to creating this different world.

In this regard, KNŻ calls on all Maltese Youth to do three actions. Start by small changes at home – using less plastic, walking more, greening all balconies/roofs, investing in solar panels. Then, be active in our communities – join an environmental NGO, apply pressure on local councils and politicians to develop and implement forward looking sustainability plans, and never be afraid to make your voice heard. Lastly, join us at events, workshops and actions

organised throughout the year by our Climate & Sustainability Directorate to be part of the change to build back better.

Founded in 1992, KNŻ (Kunsill Nazzjonali taż-Żgħażagħ) is the national representative body for all Maltese and Gozitan youths aged between 13 and 35. KNŻ, as a political body, aims to provide a forum of dialogue for young people on a number national and international issues, while bridging policymakers and various key actors in Malta's political and social spheres with young people and youth organisations. The Council is composed of over 30 member organisations that span from the political to the environmental, student, social and other sectors, all with a common aim to work for youth while being youth led. Through its work, KNŻ's goal is to cultivate a society in which youth are empowered to act, ensuring their voice is heard, valued and pursued