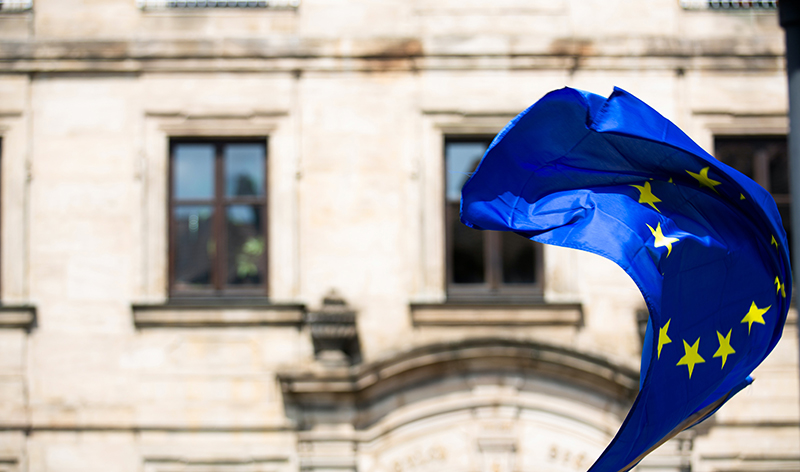 An overview of the EU Just Transition Mechanism: ‘Making sure no one is left behind’

By Carla GaleaNovember 18, 2021No Comments

As our latest contributor, we are honoured to introduce Carla Galea to the Green Deal Malta platform! In her article, Carla discusses the ‘Just Transition Mechanism’ and how it will help transition organisations to low carbon technology. She then goes on to explain how the mechanism will be financed, touching on the three pillars on which financial aid could be distributed. Continue reading below to find out more about Carla Galea’s contribution!

Frequent readers of this platform would already understand that the main aim of the European Green Deal (EGD) is to transition to a low-carbon economy, which as much as possible aligns with the 2015 Paris Agreement by reviewing already existing legislation in numerous areas as well as adopting new ones. Working towards a climate-neutral economy requires shifting European Member States’ economies away from the use of fossil fuels which emit more greenhouse gas emissions, to more sustainable, low carbon energy technologies, which include hydrogen, energy storage and the use of renewable energy. This is where the Just Transition Mechanism (JTM) comes in. As the name states, it is a way for the European Union to reconcile its exceptional climate ambition with social justice, which is inspired by solidarity and fairness, to support countries that will be affected most during this transition.

This financial package will be worth at least EUR 100 billion to support the transition to a climate-neutral economy by 2050, with particular targets in mind. Firstly, it focuses on people and citizens through the upskilling and retraining of workers and their preparation for the transition. In order to avoid an imminent skills gap, new talented professionals must be attracted to these jobs, whilst at the same time making sure that current workers are not ignored. The JTM will also be used to prevent energy poverty and ensure that the poorest households do not bear the brunt of the switch from fossil fuels to renewables but rather enjoy the benefits of the change. The JTM will help companies and whole sectors make an effective transition to low carbon technology by providing loans and financial support. Additionally, the Member States that will be affected most will be encouraged to invest in green jobs and renewable and clean energy infrastructure.[1]

How will the Just Transition Mechanism be financed?

The Commission proposes three pillars, through which financial aid could be distributed to EU Member States and citizens. The Just Transition Fund (JTF) is the first key tool implemented under the Cohesion policy framework to reduce disparities between the Member States. The overall budget of the JTF is EUR 17.5 billion, with distribution to the Member States determined according to the following criteria:[2]

The type of support would include investment in SMEs which lead to modernisation and conversion, investment in research and innovation activities, investment in systems and infrastructures for affordable clean energy, smart and sustainable local mobility, investment in upskilling of workers and many others.[3] For a Member State to obtain this support, a territorial just transition plan (TJTP) is to be prepared, consistent with that state’s National Energy and Climate Plan (NECP).[4]   These plans play a central role since they will identify the regions that will be more negatively affected and how and where the JTF support should be concentrated. A typical plan would include a detailed transition process, including a timeline of activities to be implemented in the territory to achieve a climate-neutral economy. The plan would need to refer to the point where fossil fuel use, production or extraction would be significantly scaled-down, and would need to identify the socio-economic and environmental actions needed to help overcome the threats posed by the transition. These plans and the arising challenges for the countries are then assessed to answer questions such as the number of jobs that will be potentially lost or affected, what the development needs and objectives of the local communities are and whether this transition will have broader social impacts such as on energy poverty and access to public services.[5]

The second pillar of the JTM is the InvestEU Scheme, whereby a portion of it will be dedicated to achieving the transition objectives. The InvestEU Programme, initially proposed in June 2018 as part of the future long-term EU budget, will mobilise at least EUR 372 billion in public and private financing, with the money going towards projects contributing to building a more sustainable and greener Europe.[6]  Concerning the JTM, this programme will mobilise up to EUR 45 billion of support in public and private investments, even in the framework of the Territorial Just Transition Plans mentioned in the first pillar.  Projects which could be financed under this scheme include, for instance, re-skilling of workers, renovation of buildings, and investments in renewable energy.[7]

The third pillar would be the public sector loan facility with the European Investment Bank (EIB), which will mobilise between EUR 25 billion and EUR 30 billion of public investment to be used for loans to public entities to invest in energy, transport, and infrastructure, which projects are unable to be financed commercially.[8]

Malta will be receiving 0.1% of the funding, which amounts to EUR 21 million.

Right behind it, in last place, is Luxembourg, which will be receiving EUR 8 million.[9] Through a preliminary assessment carried out by the Commission, the JTF will target the two main Maltese Ports: the Grand Harbour, which welcomes more than 700,000 visitors a year and the Malta Freeport, which handles 3.3 million containers a year.[10] The aim will be to reduce GHG emissions by docking ships and, at the same time, ensuring that competitiveness is not affected for the country. The idea is to develop an onshore power supply system instead of using the combustion of marine fuel to supply electricity to all ships in the port.[11]

The spotlight regarding the JTM will be placed on the EU Coal sector, which employs nearly half a million people, of which half could lose their job by 2030 because of this transition.[12] The EU Member States will be using up the majority of the funds to aid them in the phasing-out of coal-mining for electricity generation, such as Germany and Poland, which will require significant intervention when it comes to re-skilling of affected workers and shifting to a more knowledge and service-based economy in these regions.

Questions remain regarding the success of the JTM, especially regarding the amount of funding available; nonetheless, it is the first time that such a considerable sum has been earmarked for this purpose. It cannot be denied that the JTM is setting a precedent since it is an attempt by the European Union to ensure the parallel economic, social, and environmental conversion within targeted territories most affected by this transition. Several political reasons emerge in support of this scheme, starting with the fact that it strengthens the European Union’s objectives on climate change by strategically showing concern and helping citizens directly. The JTM ensures that the climate change transition is based on widespread ownership. It encourages a collective effort amongst all parties involved, which entails sharing the burden and ensuring that communities that rely on fossil fuels for income are not entirely left in the lurch with a fragile economy.

[1] Proposal for a regulation of the EP and the Council establishing a JTF: resource.html (europa.eu).

[6] What is the InvestEU Programme? | InvestEU (europa.eu). 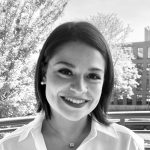 Carla Galea obtained her Master of Advocacy from the University of Malta back in 2019 and was admitted to the Bar in Malta in January 2020. She was involved in activism all throughout her University years, with many of the initiatives organised focusing on environmental matters. She had the opportunity to work at the European Parliament in Brussels within the Industry, Research and Energy Committee (ITRE). Carla currently works at the Council of the European Union and is concurrently pursuing an LL.M. in Energy and Environmental Law at the University of Birmingham.