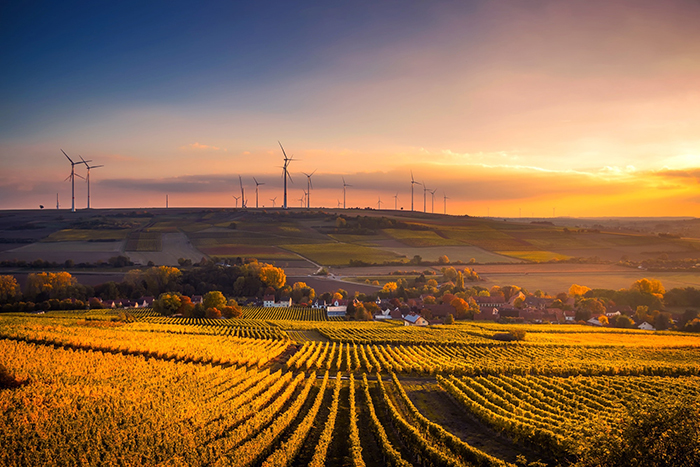 COP27 – Delivering for People and the Planet – Can leaders deliver?

By Christine Borg MilloNovember 23, 2022No Comments

The current climate crisis we are confronting has aggravated our ecological, societal and economic sectors beyond despair. To name a few evident issues; extreme destructive weather events have intensified, an alarming increase in global warming has negatively impacted human health, an energy and food crisis has propelled, deepened not only by the pandemic, but also by the war in Ukraine, and the rise in atmospheric temperature has destroyed many habitats. Presently, our planet is indeed the opposite of powerful and resilient. Thus, such a climate crisis requires turning global environmental commitments into action; from planning to implementation and setting goals for real achievements.

To pave the way for the global future ‘neutrality’ ambition, and to adjust back to pre-pandemic impact levels, the 2022 United Nations Climate Change Conference; known as the COP27, which took place in Sharm E-Sheikh in Egypt between the 6th and the 18th of November, has supported this highly important fight against climate change; a commitment that requires multilateral, collective and concerted action.

How the COP27 came to be

In 1992, the UN Framework Convention on Climate Change (UNFCCC) was adopted by the UN ‘Earth Summit’ in Rio de Janeiro in Brazil. This treaty presented an agreement by 197 parties, to date, to stabilise the concentration of greenhouse gases in the atmosphere, through the prevention of human activity interference with the climate. The Earth Summit essentially created the ideology of ‘Green Action’ on environmental and development issues as well as the concept of sustainable development[1] as an attainable objective. From this date of entry, the UN has organised global climate summits, or COPs, meaning Conference of the Parties, which have always kept the goal of limiting and as much as possible, terminating global warming through the reduction of harmful emissions, at the forefront. This year marked the 27th Annual Global Environmental Summit, hence the title ‘COP27’.

Firstly, mitigation implies that the rise in the global average temperature, universally known as global warming, must be kept to a mitigated amount of a below 2 degrees target, delivering objectives sought out through the Paris Agreement.[2] Essentially, there must be more efforts by countries to prevent and then reduce the emission of greenhouse gases, through the application of new technologies, renewable energy sources, promoting energy efficiency in industrial and everyday practices and consumer behaviour shifts.

The second goal is that of adaptation. This means that progress towards enhancing natural global resilience must subsist, including assisting those communities that are most vulnerable. Due to global warming, there has been an increase in sudden natural consequences like fires, floods, droughts and rises in sea levels, affecting some locations more than others. Hence, COP27 has placed the responsibility on nations to continue to monitor and examine their progress towards enhancing their ambitious adaptations to reduce risks of further damage to their society, as well as increasing their financing and funding to respond to natural disasters. Countries must communicate their emission reduction targets, and how they will be achieved, through Nationally Determined Contributions (NDCs)[3] covering until 2030, and their ambitions must improve every five years.

Thirdly, significant progress must be made on climate finance, with a demand for transparent finance flows and facilitated financial access in developing countries, seeing as they are more prone to damage, and require more financial support. There is an expectation that a 100-billion-dollar annual climate finance for developed countries to deliver every year will be met, irrespective of issues of rising energy prices and the overall increase in cost-of-living, as well as due to the war in Ukraine. In this area, one must keep in mind that the contribution towards climate change of certain countries and their ability of preventing, or else coping with its effects, varies and hence financial assistance is funded accordingly. More information may be accessed here.

Fourthly is the need for collaboration in climate negotiations, for better implementation of goals, and to achieve tangible, sustainable and balanced results, through the collective capacity of all nations. This fundamentally means that no country may be left behind.

Parties have discussed also entered into an agreement with regards to the issue of ‘loss and damage’ compensation for developing countries affected by climate change. ‘Loss and damage’ refers to those consequences of climate change that cannot be prevented through mitigation and adaptation measures. Developing countries, which contribute less to climate change, seek funding support towards the cost of such loss and damage, from those developed countries which leaves more effects on the climate crisis. Through this agreement, Governments have established new funding arrangements and a dedicated fund specifically to assist developing countries in responding to ‘loss and damage’. A transitional committee would be set up by March of 2023, to recommend how to operate these funding mechanisms in the most satisfactory method. In fact, new pledges were made at the Adaptation Fund at the COP27, amounting to over 230 million US dollars.

The COP27 greatly banks on the presence of goodwill among all countries. However, an increasing strain due to the Russian invasion of Ukraine cannot go unnoticed, and this will have several negative implications for international cooperation and collaboration to fight this ongoing climate crisis. Unfortunately, the priority of environmental awareness especially concerning climate action against global warming in this scenario has been pushed down the hierarchy. This stands to reason.

Yet, world leaders, Ministers and negotiators have incessantly reiterated in the COP27 that it is not a choice to continue with the global current destructive pattern of behaviour. There must be a stricter and more diligent commitment to the rules and principles discussed in the COP27, also from a local scale, irrespective of the country’s size and status compared to other states. We must move further away from simply negotiating, to instead guarantee the proper implementation of specific, measurable and impactful practices, actions and initiatives.

[1] This concept relates to an integrated approach in economic, social and environmental sectors, of meeting the needs of our current generation without diminishing the ability of future generations to meet their own needs; hence, creating a balance in all decisions of production and consummation in various sectors, whether on a personal, local, European or international scale.

[2] The Paris Agreement was adopted by 196 parties at the COP21 on the 12th of December 2015, and further entered into force a year later, as a legally binding international treaty on climate change. The goal it sets out relates to limiting global warming to below 2 degrees, preferably to 1.5 degrees Celsius, compared to pre-industrial levels. At its forefront is the global peaking of greenhouse gas emissions to achieve climate neutrality. It has a bottom-up approach, meaning that implementing countries decide on what national actions to take to mitigate climate change.

[3] As a requirement of the Paris Agreement 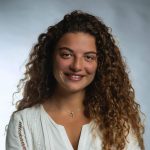 Christine Borg Millo is an intern working for Ewropa. She has recently completed her Law degree and will graduate in 2022. In the next scholastic term, she will be reading for a Master of Advocacy.